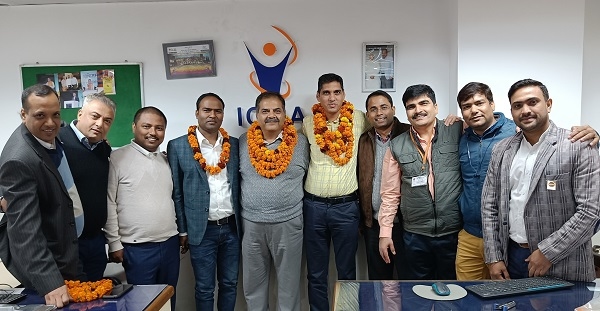 New Delhi. : Mr Sanjay Singh has been elected all India President of Indian Oil Officers’ Association in the recently concluded election of the office bearers of the IOOA.

Upon electing as President of IOOA, Mr Singh expressed his heartfelt thanks towards officers’ fraternity for bestowing their trust in the newly elected association body. The elected body will represent officers’ community before the Management. He also showed his gratitude for the Management of IndianOil for facilitating periodical elections of officer’s association. The association represents strong fraternity of 17929 officers across the Country.