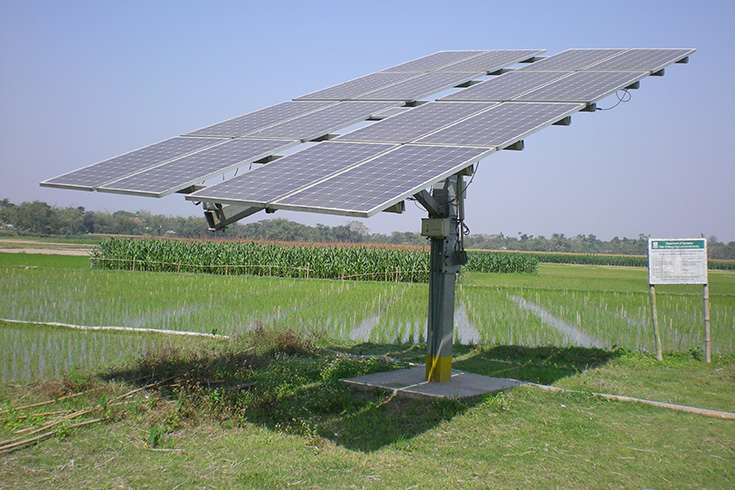 New Delhi: A sensor-based irrigation system using bank filtration technology and controlled via Web/Mobile app installed at Sal River near Navelim and Nauta lake at Cortalim, Goa, has prevented wastage of water in the area and also made it easy for farmers to monitor the irrigation remotely.

The moisture values are provided by the sensors starting the water motor only when there is an actual need of water and turning it off when moisture level reaches the maximum value. This process prevents water erosion and maintains the soil quality throughout the field. The system has saved time, especially for the daily wage farmers giving them freedom and flexibility to sell their harvest in the market. It has reduced their labour work and helped the farmers financially as well.

The irrigation system was implemented by The Energy and Resources Institute (TERI), in collaboration with the National Institute of Technology (NIT), Goa, and supported by the Department of Science and Technology (DST), Government of India, under the umbrella of Demand Driven Mission – Water Technology Initiative.

It provides clean water to farmers for irrigation through River Bank Filtration (RBF) technology coupled with a sensor-controlled irrigation system, which is the first of its kind in the region. RBF operates by extracting water from wells located near rivers or lakes. As the river water infiltrates into and passes through the riverbed sediments, contaminants like bacteria and toxic metals are removed by overlapping biological, physical, and chemical processes. We installed affordable RBF wells for the treatment of polluted water from the Sal River near Navelim and Nauta lake at Cortalim, Goa, powered by renewable energy resources (solar-powered pumps) to provide clean water to farmers in off-the-grid areas. Water, with improved quality parameters such as reduced turbidity and bacterial load supplied through systematic pipeline system, helped farmers to obtain better crop production.

The project presents a model of sustainability for educating farming communities with small landholdings which are unique to Goa. The technology of RBF offers an inexpensive means to remove large amounts of contaminants, including suspended particles and attenuation of microbes, and essentially provide improved water quality to the farmer’s community to fulfil their irrigation requirements.

A dissemination workshop was also organized in which relevant stakeholders, researchers, policymakers, and farmers were handed over the information and technology to the local ownership, and the initiative has opened up new collaborations for future developments.