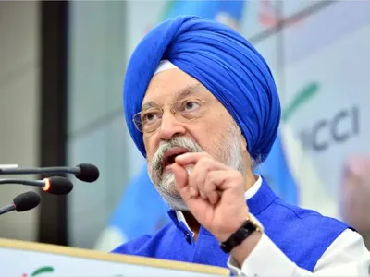 New Delhi: The Minister for Housing and Urban Affairs, Shri Hardeep Singh Puri has said that the Street Vendors have been, are, and will always be an essential part of India’s economic growth story, with strong linkages with the urban informal economy. He was addressing the 16th meeting of National Association of Street Vendors of India (NASVI), here today. 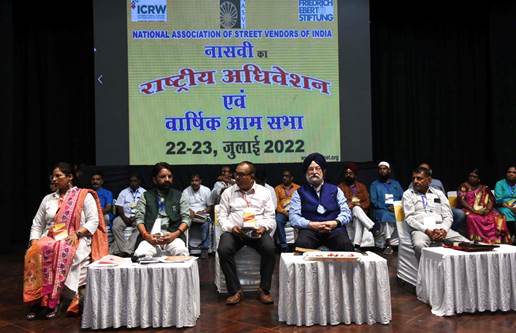 The Minister said that the theme of today’s meeting ‘From Encroachers to Self-Employed’ is very apt as we appreciate street vendors. They are not encroachers, they are self-employed, contributors to our collective dream of a ‘new India’, he added. 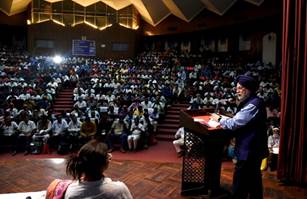 Shri Puri said that during the pandemic, while launching the PM SVANidhi scheme on 1 June 2020 the Prime Minister said “the PM SVANidhi scheme is to provide ‘Swarozgar, Svavlamban, Swabhimaan‘ (Self Employment, Self-Sustenance, and Self-Confidence)”. He further said that for the success of any Government scheme, it should become a people’s movement. Pradhan Mantri Awas Yojana and Swachch Bharat Mission are some of the other schemes which have become a grand success with the participation of people, he added.

The Minister said that as we are celebrating 75 years of Independence, we have given a message to all States, Municipalities, and Urban Local Bodies to celebrate SVANidhi Mahotsav with the active participation of Street Vendors all over the country. Various success stories of street vendors and their contributions to India’s economic growth story will also be brought to the public, he added. He said that the biggest supporter of Street Vendors is our Prime Minister. The Minister said that Street vendors were provided with capital working loans to help resume their businesses which were impacted during the pandemic. As of 11 July 2022, Rs. 3,661 crores had been provided as micro-credits to more than 30 lakh street vendors which was a large figure, he added. 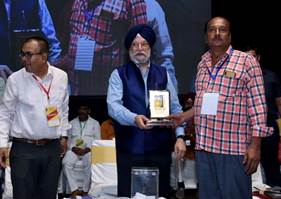 Shri Puri said that the design of the scheme was to offer collateral-free working capital loans of Rs.10,000, Rs. 20,000, and Rs. 50,000 respectively on repayment of the earlier loans to street vendors and this helped them to plan their business expansion. Under Phase 1 of SVANidhi se Samriddhi was launched in January 2021, under which 31 lakh street vendors and their families across 125 cities were covered, he added.

Shri Puri further said that it is our mantra that dignity should be extended to everyone and that the service and contribution of each individual should be recognized fairly. The vulnerable and marginalized sections of our society, especially in cities and towns, have benefitted immensely from various government-led interventions, he added.

Reacting to the request made by NASVI for setting up Grievance committees, the Minister assured that these will be formed very soon. It is also important to have the meeting of about 4500 Town Vending Committees, and these platforms will help address the local issues of others at your level, he added. Congratulated NASVI for organizing the conference, He said that the dialogue today will be part of the roadmap to further uplift the Street Vendor community.

The Minister gave away Mementos to the best performing Town Vending Committees and interaction with the Street Vendors present at the conference.