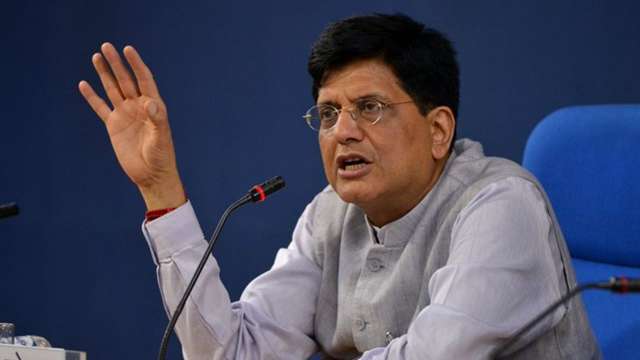 Union Minister Piyush Goyal asks the White goods industry to become global champions; says the PLI scheme is meant to give only the initial push in that direction

PLI in White Goods a win-win for India, Industry, and People: Shri Goyal

New Delhi: The Performance Linked Incentive (PLI) in White Goods is a win-win for India, Industry and the people. Speaking at the high level DPIIT-FICCI Investor Roundtable on PLI for White Goods in New Delhi, Shri Piyush Goyal, Hon’ble Minister for Commerce and Industry, Consumer Affairs, Public Distribution and Textiles said that the PLI scheme is being used to only encourage the industry to take the first few steps to compete in the global market and give it the initial push to bring scale to your business. Citing the example of how LED revolution was brought by removing the subsidy. “In the long-run, no country has succeeded in becoming a prosperous nation on the back of government support. In the LED programme in 2015, my first decision on file was to remove the subsidy on the bulb given by EESL. Because the budget was only 9 crores so everybody kept waiting for the subsidy and we could not go beyond six-hundred thousand bulbs in a year. After removal of the subsidy, we could encourage industry to start expanding the sale of the LED bulbs,” the minister said. The scale-up of LED production brought down the prices of LEDs significantly.

Shri Goyal expressed happiness with demand from AC and LED sector to open them for Free Trade Agreements and said that the industry should now aim at becoming global champions. “You want to become global champions. You want to compete with the rest of the world on an equal footing from a position of strength. India is not a weak country. We are not looking for sops. We are not scared of any competition. That’s the message this room should give out to rest of the world”, Shri Goyal said.

Shri Goyal said that the PLI initiative was part of Prime Minister’s vision of converting crisis into an opportunity. He expressed happiness at the success of PLI in White Goods saying that there were 61 companies had set up components manufacturing plants pan India at 111 Locations across 14 States/UT and were generating employment. The minister said that the White Goods Sector with focus on Airconditioning and LEDs was one of the first sectors which was identified as the low-hanging fruit for encouraging the domestic manufacturing. Shri Goyal said that during the next 25 years of Amritkaal, India would be a prosperous nation, driving the world growth.

Shri Anurag Jain, Secretary, DPIIT, GOI said that looking at the journey presented for PLI for White Goods, one thing which came out clearly in this journey was the joint partnership and trust between the government and the industry. Shri Jain also mentioned that DPIIT will facilitate in resolving the issues with the local and Central government authorities so that there are no undue delays in clearances and permissions for these projects.

Mr Anil Agrawal, Additional Secretary, DPIIT while appreciating the efforts of the FICCI Electronics and White Goods Committee and sectoral Industry Associations like RAMA, CEAMA, ELCOMA and ELCINA, said that the industry response to PLI for white goods has been tremendous and we are confident that this will increase the value addition in the industry from the current 25% to 75-80% by 2029. The basic objective of this roundtable is to take feedback from the beneficiaries and facilitate the journey ahead.

Sharing the journey of PLI for White Goods, Mr Agrawal said that 61 companies setting up components manufacturing plants pan India at 111 Locations across 14 States/UT. Significant capacities are coming up for components like Compressors, Control Assembly for IDU/ODU, Aluminum stock and Copper Tubes for Air conditioners and LED Drivers, Mechanical Housing and PCB including metal clad PCBs etc. Such initiatives will create a robust component eco-system in the country. 15 projects have already been commissioned.

Shri Arun Chawla, Director General, FICCI said that we all in the industry are working together with a goal to strengthen the local value and supply chain and to expand India’s role in the global supply chain of white goods sector. Shri Subhrakant Panda, Senior Vice President, FICCI said that focusing on components has its own set of advantages. This will bring the predictability in supply chain which is an advantage that is needed in today’s uncertain times to stay and capture the market.

Mr Manish Sharma, Chair- Electronics and White Goods Manufacturing Committee, FICCI said our achievements is the outcome of continuous interaction of the Government and the Industry which boosted the confidence of both the Government and the investors. Shri Jasbir Singh, Co-Chair Electronics Manufacturing Committee, FICCI said that DPIIT rolled out this well thought of and uniquely structured scheme in a very short span of time. Industry will meet the expectations of the Government and a robust component eco-system will be in place making India part of global value chain.

The Investors’ Round Table on PLI for White Goods was jointly organized by DPIIT and FICCI in association with the industry associations RAMA, CEAMA, ELCOMA and ELCINA. CEOs of 61 PLI beneficiaries of white goods participated in the meeting.

The Union Cabinet had given approval to the Production-Linked Incentive (PLI) Scheme for White Goods (Air Conditioners and LED lights) to be implemented over FY 2021-22 to FY 2028-29 with an outlay of Rs 6,238 Crore on 7th April 2021. Altogether, 61 applicants are approved and are expected to bring investments in component manufacturing eco-system of ACs and LED Lights industry to the tune of Rs 6,632 crore and generate approx. 46,368 direct employment opportunities. The Scheme is expected to lead to total production of components of ACs and LED Lights of about Rs 1,22,671 crore over five years.

The investments committed under the PLI are spread across India, which will also promote a balanced economic development of the country. These units are located across States like Gujarat, Andhra Pradesh, Goa, Himachal Pradesh, Uttar Pradesh, Uttarakhand, Karnataka, Maharashtra, Telangana, Tamil Nadu, Haryana Rajasthan and West Bengal and one Union Territory Daman & Diu.