New Delhi: Union Minister of Ports, Shipping & Waterways and Ayush, Shri Sarbananda Sonowal called upon the people of Arunachal Pradesh and the Northeast to join the journey to build a strong, prosperous new India. The Minister said that the absolute and unwavering commitment showed by the Narendra Modi government for upliftment of Northeast, has resulted in lasting peace in the region and also its economic resurgence. The role of Arunachal Pradesh is key to the role of Northeast as the engine of growth in the New India.  The Minister was addressing a press conference after visiting the Regional Ayurveda Research Institute (RARI) in Itanagar today. Speaking about the achievements of the Modi government since it came to power in 2014, Shri Sonowal said the mantra given by Prime Minister Shri Narendra Modi for the overall and holistic development of India and its citizens, is ‘Sabka Vikas, Sabka Prayash’. With this mantra, the government continues to work on its top priority to further the ease of living of every citizen. He said in Arunachal Pradesh, more than 2.20 lakh rural households have received tap water connections under Jal Jeevan Mission.He said with more than 34,500 houses in Arunachal Pradesh, the PM Awas Yojana has helped people of the state to earn a shelter they can call their home. More than 48,000 LPG connections were given under Ujjwala scheme to the needy people of Arunachal Pradesh. The government continues to work to make lives of citizen comfortable and dignified with its welfare programmes,he added. Highlighting the role of Northeast as the new engine of growth for India, the Minister said Connectivity within Northeast has become tremendously efficient in last eight years. He said the focused approach to build intra state and intra-regional connectivity in Northeast and its states has boosted the connectivity in logistics and transport. Shri Sonowal said the schemes like Udan have given wings to the aspirations of the people of Northeast. The maiden commercial flights between Assam and Arunachal Pradesh, using the Made In India Dornier planes, is a huge step forward in the region. He said the flights connect Dibrugarh-Pasighat and Tezu-Lilabari sectors. The big infrastructure projects like completion of long pending Bogibeel Bridge and Dhola Sadiya bridge over Brahmaputra; the ongoing construction of world’s tallest Girder rail bridge in Imphal-Jiribam line; the record length of roads constructed within Arunachal Pradesh and northeast or resurging the waterways transport to boost the economic and business potential of the region are all testament of revolutionary connectivity long aspired by the people, he added. 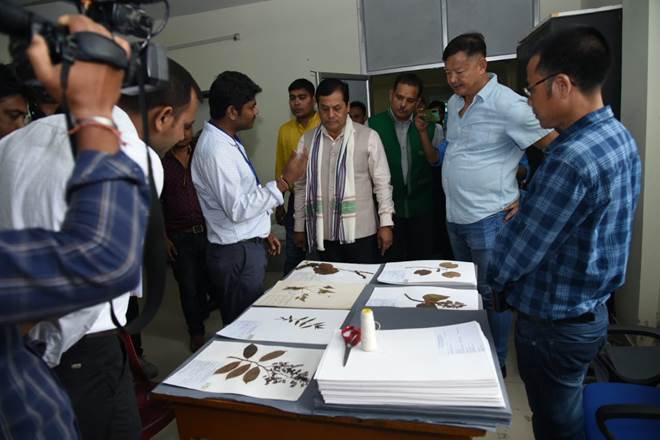 The Union Minister along with the officials and citizens of Itanagar also participated in a Swachata event within the premises of RARI.