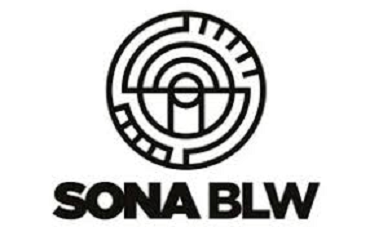 New Delhi, : Sona Comstar, one of India’s leading automotive technology company, has extended support to hospitals in Delhi and Haryana by donating 20 ventilators; 10 each to Artemis Hospital, Gurgaon and Aakash Healthcare, Super Speciality Hospital, Dwarka, Delhi in order to support the healthcare system in fighting the unprecedented threat posed by the second wave of Covid-19. It has also partnered with Kaushalya Foundation, a non government, non-profit organization, as part of its CSR initiative, to feed poor and migrant labour as the country continues to grapple with the dangerous second wave of Covid-19.

“Lack of oxygen, medical supplies and intensive care beds in hospitals have been the biggest concern areas in this severe healthcare crisis in our country. As an Indian-origin automotive systems and components manufacturer, we stand in solidarity with the government and the citizens in these testing times and extend our support in the creation of health infrastructure in hospitals in Delhi NCR,” said Mr. Sunjay Kapur, Chairman, Sona Comstar.

As part of its Covid relief efforts, the company has further contributed to Kaushalya Foundation. The contribution will translate into more than 3.5 lacs meals to communities affected by Covid-19 in the Delhi NCR region and local communities neighbouring the plants of Sona Comstar in Haryana’s Gurgaon & Manesar and in Pune, Maharashtra.

“The second wave of coronavirus and the consequent lockdown in various states across the country is not only affecting the livelihood of the poor and migrant labourers but also posing before them risks of hunger and malnutrition. In continuation with our efforts to help the needy in this unprecedented crisis, Sona Comstar is doing its part to help the affected communities,” added Mr. Kapur.

As a responsible company, Sona Comstar has always believed in lending support to the underprivileged in times of crisis and local communities through its CSR initiatives. In the first covid crisis in April 2020 also, Sona Comstar had partnered with Kaushalya Foundation and contributed Rs. 45 lakh to support affected communities by providing them packets of dry ration items including food grains, flour and hygiene kits among others