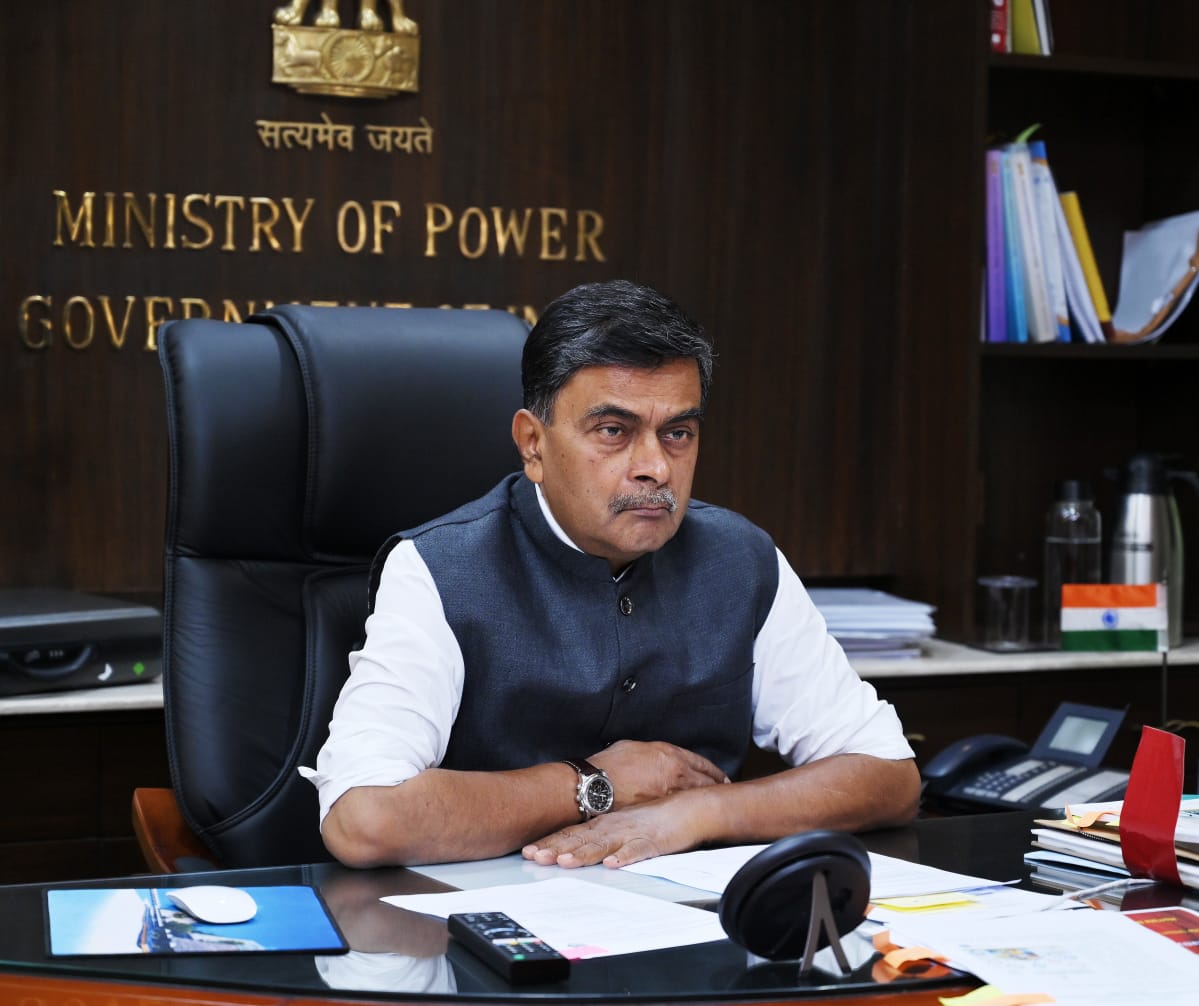 New Delhi: Shri. R.K. Singh, Union Minister of Power & NRE reviewed the status of import of coal for blending in the thermal power plants with the States.  Secretary (Power) Shri Alok Kumar, Senior officials of the State Governments, and Gencos were present in the meeting held virtually yesterday.  The Minister highlighted the importance of importing coal for blending in the thermal power plants, in view of the constraints in domestic coal supply to meet the increased demand. The states were advised to place orders for import of coal for blending purpose so that the additional coal reaches power plants from the month of May 2022 itself. Hon’ble Minister stated that the domestic coal would be supplied to all GENCOS in proportion to the coal received from coal companies.  He further advised the States to increase the output from the captive mines to meet their coal requirements which will help in reducing the burden on the linkage coal.  He emphasized that States need to take actions to ensure coal supply to their power plants by ensuring off-take in the Rail-cum-Road (RCR) mode to meet the shortfall in coal requirement at their power plants and stated that in the event of States not lifting the RCR coal it would be de-allocated and offered to other States and the concerned States would be responsible for any shortages and consequent power-shortages in their States.

As per the data presented by CEA in the meeting, it was noted that the States of Tamil Nadu and Maharashtra have placed orders for the import of coal, while Punjab and Gujarat are in the advanced stage of finalisation of the tenders; and the other States need to put extra efforts to import the coal for blending at their power plants in time.  The States of Rajasthan, Madhya Pradesh are in the process of issuing the tenders. Haryana, Uttar Pradesh, West Bengal, Odisha and Jharkhand have not yet issued tender or taken any significant actions for the import of coal and were advised to take necessary actions to ensure coal supply to their power plants.

The Status of RCR was also deliberated upon and it was seen that the progress of Andhra Pradesh, Karnataka, Madhya Pradesh, West Bengal, Haryana and Uttar Pradesh on lifting the allotted coal was not satisfactory. These states were advised to expedite lifting this coal, failing which this RCR coal would be allocated to other GENCOS which need it.