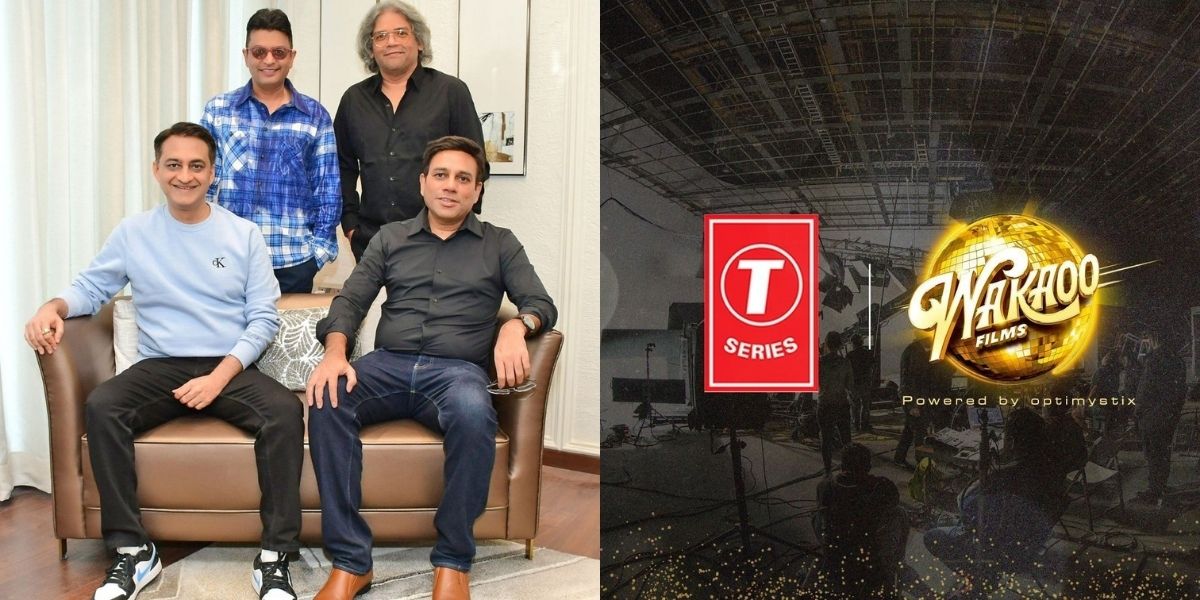 T-Series and Wakaoo Films Collaborate for a Long-term Association

New Delhi: In what is sure to be one of the most dynamic and strategic collaborations in the Hindi film industry, Bhushan Kumars T-Series has joined hands with Wakaoo Films (Vipul D Shah, Rajesh Bahl & Ashwin Varde) for an impressive slate of 7 films and counting. T-Series & Wakaoo Films will jointly produce these films that will be marked across varied genres and shall also include big budget tent poles as well as mid and small budget content rich films.

T-Series and Wakaoo Films collaborate for a long-term association

This giant collaboration brings two major film production houses together with a mega investment and will bring forth films ranging from different genres, production scale, talent and music.

Out of the extensive line-up of films, one film is already completed and 6 other films will go on floor in the next 12 months. The slate includes films directed by Mudassar Aziz, Shivam Nair, Amit Rai, Ashish R Mohan, Sanjay Puran Singh Chauhan, Satramm Ramani and Gautam Vasudev Menon.

The two companies will make individual announcements for each project in the next few months.

Bhushan Kumar, Chairman and Managing Director, T-Series, says, “I am looking forward to this tie-up with Wakaoo Films. We have some really interesting films with unique storylines, powerful actors and credible directors.” Adding to this, he says, “Between us, the idea is to create content that is strong and credible.”

Vipul D. Shah, Chairman & MD of Optimystix Entertainment says, “Quality has always been our forte. Under the banner of Wakaoo Films, we would like to achieve the same in our film business. At both T-Series and Wakaoo Films, we share the same passion towards film-making. We have some amazing scripts and along with our visionary directors we shall take them to the next level.”

Ashwin Varde of Wakaoo Films adds, “It’s almost like a homecoming since I have worked with Bhushan Kumar and T-Series earlier on my last film, Kabir Singh. We’re hoping to repeat the same magic in times to come. What is really fascinating is the sheer diversity of subjects we have to offer.”

Rajesh Bahl of Wakaoo Films ended by saying that, “From a strategic point of view, this is an amazing opportunity for both of us to create significant scale and value by collaborating on long-term basis. The possibilities are limitless and the impact of this alliance on the industry will be paramount.”