New Delhi. : The first episode of Light and Sound show of the Pradhanmantri Sangrahalaya was launched in New Delhi.

The Show is an important addition to the Pradhanmantri Sangrahalaya complex.  The first episode presents the remarkable journey of India’s space programme since Independence.  This show also depicts in an interesting manner the ancient Indian knowledge about mathematics and astronomy which immensely contributed to the later development of these specialisations in various research locations of the world. 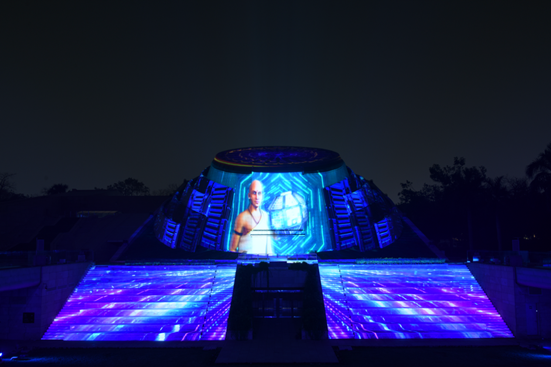 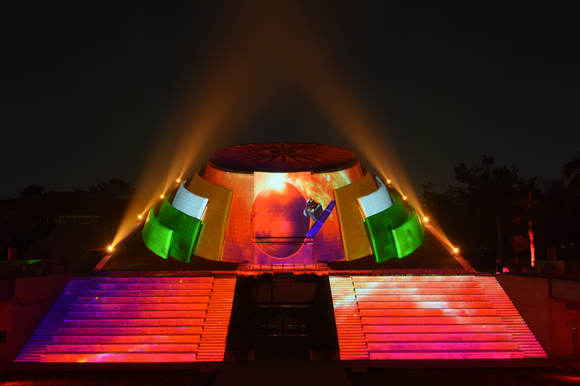 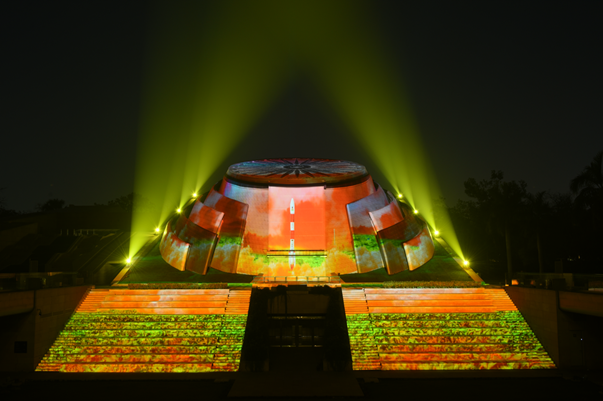 The show has an interesting script wherein a young inquisitive girl seeks innocent information about the universe beyond earth.  The knowledge given on the subject is an engaging narration for the visitors of different age groups. Legendary figure and actor Amitabh Bachchan has lent his voice to the script. The entire show has been prepared under the broad guidance of the members of the Executive Council – Shri Nripendra Misra,  Chairman, Executive Council NMML , Dr A Surya Prakash, Vice Chairman, Executive Council, NMML Dr Vinay Sahasrabuddhe, Member, Dr Swapan Dasgupta, Member, Prof Kapil Kapoor, Member, Shri Sanjiv Nandan Sahai, Director, PMS and other officials.  The production supervision was done by Shri Prasoon Joshi, Chairman, Central Board of Film Certification and Shri MJ Akbar.

The episode is of  approximately for 30 minutes, covering the initial days of equipment being transported on bicycles to the advanced launching stations and space research stations of today.  The script covers all the major milestones of India’s remarkable space journey.  The show has been created by CS Direkt.

The second show, which has already been selected, will cover the bravery of unsung women warriors of India’s struggle for Independence.  It is expected to be ready by February, 2023.   The timing of the show, i.e. 6.30 pm has been so fixed that a visitor to Sangrahalaya can also take advantage of concessional combo ticket facility.