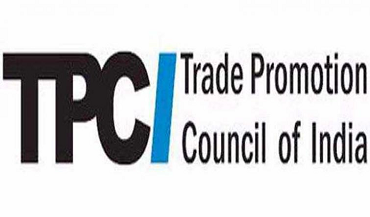 The panellists were unanimous that the resumption of trade talks between India and the EU were a positive development. They also agreed that in the present global context, it was in the best interests of the two partners to continue negotiations to sort out roadblocks and even look at possible low hanging fruits for greater economic integration.

India has been asking for Mode 4 access for its services professionals in the EU, for which Dr Pralok Gupta opined, “Some changes have happened like the EU has allowed for movement of intra-corporate transferees within the EU. Earlier, this required a separate visa. But this is generally available for 90 days.” He further affirmed that India’s demand for Mode 4 access may face tough resistance during negotiations and be a stumbling block. Dr Chanda felt that Mode 3 is relatively easier to access, and getting physical presence can simplify India’s goal of getting access to Modes 1 and 4.

Dr. Arpita Mukherjee stressed on some of the key areas where talks were stalled last time vis-à-vis trade in goods, particularly duties on alcoholic beverages, automobiles and dairy products. For alcohol, she proposed innovative ways of tariff liberalisation like having a threshold price, as was done by Japan for Australian wines under RCEP. Dairy is a complex issue since both the EU and India are large dairy markets with steady rise in production. Automobiles present an altogether different challenge, since India has different trading partners like Japan and South Korea active in the sector that may want a level playing field if we provide more market access to the EU. Dr Mukherjee further suggested, “India needs to deeply study EU-Vietnam and EU-MERCOSUR agreements to see what these partners gave to the EU and got in return. They are India’s competitors in the EU today, and much better placed there due to their agreements.”

She added, “While this may be considered, the problem for India is that in the EU, GI protection is linked to agricultural products, foodstuffs and wine. Out of 330 odd GIs in India, more than 210 are handicrafts, i.e. non-agricultural products. Also, India needs to see if such automatic recognition of EU GIs will affect domestic industries like cheese, where we have our own production capacities. For example, Amul has been manufacturing the Gouda and Emmental cheese for the past decade, under manufacturing units set up with Swiss collaboration.”

The investment agreement between India and EU was also discussed, where Dr Mukherjee said that India should be careful, “EU is bringing in WTO reform related issues into investment agreements, as one may gauge from the EU-China agreement. They are talking about transparency in subsidies, discipline on state-owned enterprises, dispute resolution, negotiations on standards (equal access to standard setting bodies), and a sensitive list of select sectors.” R V Anuradha, interestingly, explained why she felt that there are lots of areas of synergy on investment between India and the EU, and asserted, “It may be actually easier for India to get an investment agreement with EU as compared to other western nations, if they explore common ground on this matter.”

Ambassador Anil Trigunayat commented on the resumption of discussions, “Relationship between India and the EU is based on shared values – democracy, rule of law, rules-based international order and multilateralism.  Ties are multi-faceted, encompassing trade, investment, climate change, technology, AI, connectivity, agriculture, etc.” He also opined that the proposal for a comprehensive connectivity partnership is a low hanging fruit that the both sides can explore. It creates a lot of opportunities for businesses across industries.

Dr Rupa Chanda highlighted the high complementarities between India and EU that offer enormous potential for positive synergies. Despite the formation of multiple trade blocs, she asserted that India retains its unique advantages for trade partners, stating, “India’s large market and human resource base, development needs in terms of technology & FDI, role in pharma production and research, and manufacturing, emerging startup ecosystem, are quite unparalleled.”

In light of the recent decision by India and EU to resume talks for a comprehensive bilateral trade and investment agreement, the Council invited experts in trade, diplomacy and law to give their insights on the current development and its implications for India-EU ties.