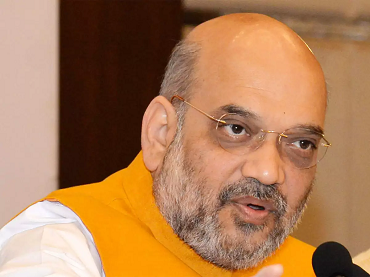 Gandhinagar.: Union Home Minister   Amit Shah today inaugurated and laid the foundation stone of various development projects worth Rs. 448 crore in his LokSabha constituency Gandhinagar. Shri Amit Shah inaugurated the Civic Center at Bopal, Ahmedabad costingRs.4 crore and the newly constructed Reading Room costing Rs.7 crore as well as the Community Hall and Party Plot at Bejalpur. He also inaugurated various projects of Ahmedabad Urban Development Authority (AUDA), Ahmedabad Municipal Corporation and Western Railway.This included renovation of Ahmedabad railway station at a cost of Rs. 17 crore, development work of Rs. 4.05 crore at Chandlodiya railway station and Rs. 2.35 crore at Amli Road station, Rs 1.72 crore at Khodiyar station and Rs. 3.75 crore at Kalol station. The Home Minister also laid the foundation stone of two water distribution schemes of AUDA, in which the Rs. 98 croreGhuma TP scheme will benefit about 35,000 people of the area, and the Rs. 267 croreTelavHeadworks water supply project, which will benefit about 45 villages around Sardar Patel Ring Road. Along with this, Home Minister Shri Amit Shah also inaugurated and laid the foundation stone of 1220 development works worth about Rs. 43 crore in Sanand, Bavla and Daskroi. 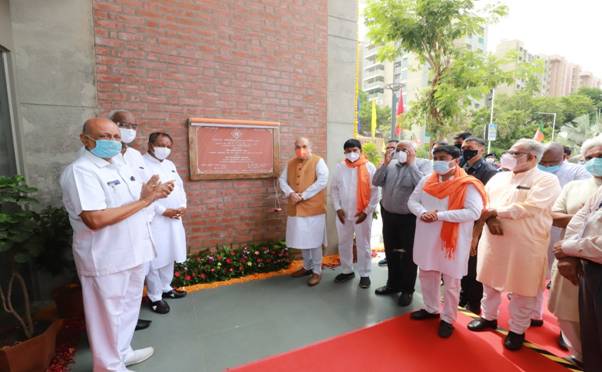 In his address, Shri Amit Shah said that he is very happy that today is an important day in the development campaign going on across the country under the leadership of Prime Minister Shri NarendraModi. He said that today is an occasion of great joy that a total of Rs. 267 crore development works are going to start. The facility of reaching pure drinking water to the homes of more than 35,000 citizens at an expenditure of about Rs. 100 crore under the Ghuma TP scheme through AUDA is starting from today. It has been planned with great foresight so that event after increase in population in the next 30 years, there will be no water problem.

The Union Home Minister said that he has studied a lot of development stories of the country and the world and of men of inspiration. There are two types of leaders –the one who sayslet what is happening continue, and the other who works tirelessly for the best that can be done in his time. A third leader is like Shri NarendraModi, who create a system in which good work continues even after his departure. Shri Amit Shah said Gujarat has received huge benefit from this. During the rule of Shri NarendraModi for 14 years, Gujarat got many such facilities, which are running on their own today. No one had to raise their voice, there was no need for an agitation, no one had to raise a demand and aRs. 100 crore plan was organised. This is a great example of how someone sowed the seed and it became a banyan tree. He said that in Bopal, the middle class youth have to give 10th, 12th, open exams, they had to think about where to go to study, facilities were not available, electricity was not available and even solitude. Manytypes of facilities have been made available in the Civic Center which has been inaugurated today.

The Home Minister said that the GandhinagarLokSabha constituency, which is made up of both rural and urban areas, in terms of development and this constituency will be at the forefront among all LokSabha constituencies across the country before 2024. He shall ensure this by keeping the trust reposed by the people in him and the leader of the country, Shri NarendraModi. The Government of India has implemented many schemes to ensure that drinking water, cooking gas and toilets reach every person’s house. The Prime Minister of the country has been concerned about the welfare of the people through many schemes. In Gujarat also Shri VijayRupani and Nitin Patel have implemented many schemes. Shri Shah said that the health scheme has been prepared by the Prime Minister, here also the Mother scheme is operational. As your Member of Parliament (MP), it is my responsibility to ensure that it should be well managed, besides being the responsibility of my office and my fellow MLAs and councillors. He said that I want to assure you that none of your elected leaders – MP or MLA will back down in fulfilling this responsibility and we will move towards making it the most developed LokSabha constituency.

Shri Amit Shah said that under the able leadership of Prime Minister NarendraModi, we are firmly battling the COVID-19 pandemic. This included the battle against the first wave, the second wave and now the start of creating the protective shield. Gujarat is at the forefront of vaccination in the country in terms of vaccinations per million (every 10 lakh). He said that he wishes to convey special felicitations to the Ahmedabad district administration as 86 percent of the citizens above 45 years of age have been vaccinated in the district and 32 percent of the citizens of 18 to 44 years of age have also been vaccinated. Shri Shah requested all citizens of Gandhinagar constituency, Ahmedabad and Gujarat to get vaccinated at the earliest. He said that their will be complete security only when all the citizens make themselves safe by taking both doses. Only then will we be able to win the battle against COVID-19. The Home Minister said that awareness alone can help create the security shield to combat COVID-19. It is up to us to vaccinate. If someone does not get vaccinated due to rumours or fear, then it is our responsibility to remove such apprehensions. 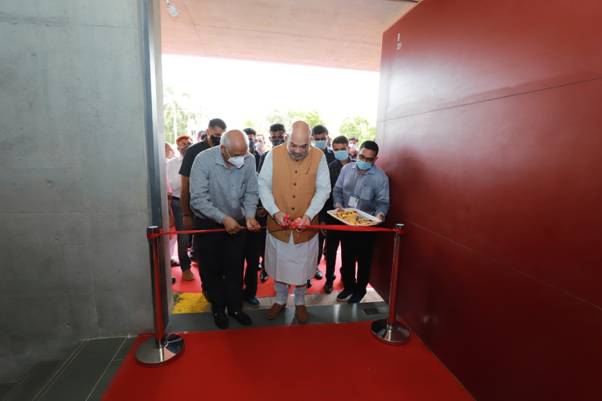 The Union Home Minister said that recently Prime Minister Shri NarendraModigot Cabinet approval of Rs. 23,000 croreto expand the infrastructure in the fight against COVID-19. With this, lakhs of beds, call centers and other infrastructure is planned to be created all over the country. Shri NarendraModi has, with sensitivity, taken the decision to distribute free food grains to the poor till Diwali. He said that we should ensure that food grains reach personsin villages and districtswho have Red Card. Shri Amit Shah said that a call center has been started for GandhinagarLokSabha constituency, to which calls are being made to spread awareness about free food grain distribution. Also, if there is any problem in being vaccinated, then a toll free number has been started.

Shri Amit Shah said that during the second wave there was a shortage of oxygen. The NarendraModi government has started efforts to set up thousands of oxygen plants across the country and Gujarat is not far behind. The Government of Gujarat, voluntary organizations and the Government of India are all working together. Shri NarendraModi has organized installation of oygen plants with capacity to serve more than 4,00,000oxygen beds. Shri Shah said that he believes that all this will be very helpful for us in the battle against COVID-19.

While inaugurating and laying the foundation stone for a total of 1220 development works worth about Rs. 43 crore in Sanand, Ahmedabad, the Home Minister said Shri NarendraModi believed in him, that is why he is also the Home Minister and the Ministerfor Cooperation, but he will always remember that he is first a Member of Parliament, and thathe is the Member of Parliament of Sanand. Therefore the development of this area is my primary responsibility. It is the responsibility of the Member of Parliament to take the schemes of the government to the people and to solve the problems of the people.Shri Amit Shah said that since his party came to power, the tradition of legislators going to the people has started, rather than to people going to legislators. This is because of the changing work culture. He said that we have to carry forward this change, so that the country reaches the top position in the world, under the leadership of Prime Minister Shri NarendraModi. 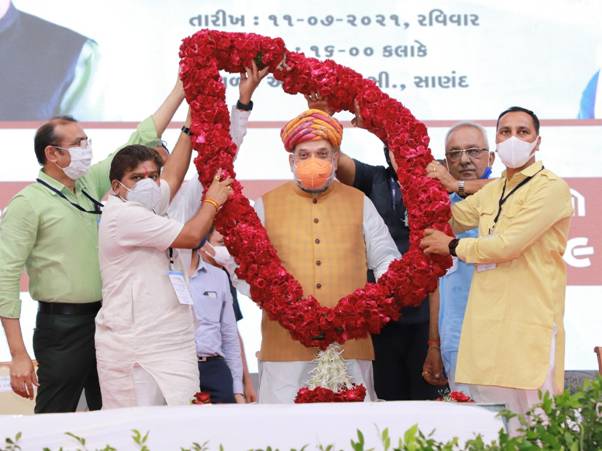 Shri Amit Shah made a request to the people of GandhinagarLokSabha constituency to make it a green LokSabha constituency by plantingabout 15 lakh trees and saidSanandtaluka should not lag behind in this effort. He said it would be good if trees with long life are planted with the help of GIDC along the boundaries of its entire area. GIDC officers should make arrangements for the trees to be watered.

The Union Home Minister said the Olympics are beginning from July 23 in Tokyo, the capital of Japan. It is a matter of pride that six daughters of Gujarat including three daughters from Ahmedabad are going to represent India at these Olympics. He said when the Khelo Gujarat campaign was started in the state, people used to joke that could a gold medal be won by playing kabaddi andkhokho.However,today six daughters of Gujarat are going to participate in the Olympics, and he is sure that they will win gold medals.   Amit Shah said photos of these girls should be installed in every school so that more children are inspired.