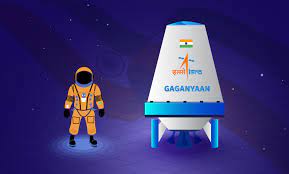 Addressing the World Oceans Day celebrations here, Dr Jitendra Singh said, trials for both the Space and Ocean manned missions have reached advanced stage and the unique feat will be achieved, most likely, in the second half of 2023. The Minister informed that sea trials of 500 metre rated shallow water version of the manned submersible are expected to take place in early part of 2023, followed by the MATSYA 6000, the deep-water manned submersible which will be ready for trials by the second quarter of 2024. Similarly, for Gaganyaan, the major missions viz., Test vehicle flight for the validation of Crew Escape System performance and the 1st Uncrewed mission of Gaganyaan (G1) are scheduled in 2nd half of 2022 and to be followed by second uncrewed mission at the end of 2022 carrying “Vyommitra” a spacefaring human robot developed by ISRO and finally the first crewed Gaganyaan mission in 2023.

Dr Jitendra Singh said, the Government will soon unveil the “Blue Economic Policy” and added that an estimated 40 million people will be employed by ocean-based industries by 2030. Referring to Prime Minister’s address from the ramparts of the Red Fort last year, wherein Shri Modi said, “The Deep Ocean Mission is the result of our ambition to explore the unlimited possibilities of the ocean. The mineral wealth which is hidden in the sea, the thermal energy which is in the sea water, can give new heights to the development of the country”, the Minister said, the R&D and Exploration activities in the Amrit Kaal of next 25 years will be an important hallmark of India’s economy when it turns 100.

Taking a cue from the unlocking of the Space Sector and throwing the sector open for private participation, Dr Jitendra Singh proposed to revive the commercial arm of the Ministry of Earth Sciences. He said, marine businesses in India must reach its full potential as oceans provide living and non-living resources, from fisheries to marine biotechnology, minerals to renewable energy. It also offers social and economic goods and services such as tourism and recreation, maritime transport and security and coastal protection, the Minister added.

Dr Jitendra Singh informed that the Government had approved Deep Ocean Mission (DOM) in June last year to be implemented by Ministry of Earth Sciences at a total budget of Rs. 4,077 crore for 5 years. He called upon the officials to develop niche technology and collaborate with Industries in carrying out deep ocean exploration of the non-living resources such as polymetallic manganese nodules, gas hydrates, hydro-thermal sulphides and cobalt crusts, located at a depth between 1000 and 5500 metres.

Expressing concerns over reports like depletion of big fish populations by 90% and destruction of 50% of coral reefs, Dr Jitendra Singh called for joint efforts to create a new balance with the ocean that no longer depletes its bounty but instead restores its vibrancy and brings it new life. He said, as per COP resolutions, all nations should put efforts to protect at least 30 % of our blue planet by 2030 and added that it’s very critical that 30 % of our planet’s lands, waters and oceans are protected and hence it is known as 30X30.

The Minister pointed out that among the major global ocean basins, the Indian Ocean is quite complex and challenging due to the reversal of wind system, that is typically known as the Indian monsoon. The only Ocean with name of the Country “India”, Regions in the North Indian Ocean basin experience both the southwest and northeast monsoon system bringing lot of rain and serves as the lifeline for Indian agriculture and water resources.

Dr Jitendra Singh reiterated the overarching vision of the Ministry as “Excelling in Earth System Science to make lives better through world class services for weather, climate, ocean, coastal and natural hazards; sustainable harnessing of ocean resources and exploration of the polar regions”.

Dr Jitendra Singh also interacted with academia, students, officials and common citizens who undertook Coastal Clean-up Campaign at 9 maritime districts in Kerala and at Chennai beach. The Minister lauded the efforts of Vice-Chancellors, PRIs, Corporations for collecting single use plastic, electronic and medical scrap during the beach cleaning operations at 10 locations carried out to mark the World Oceans Day. He said, such noble activities should continue round the year and efforts should be made to involve more people through widespread publicity campaigns.

Secretary, MoES, Dr. M. Ravichandran said, India has a long coastline of 7,517 km, contributing to ecological richness, biodiversity and economy. He said, every year thousand tons of garbage composed of plastics, glass, metals, sanitary, clothes etc. reach the oceans and plastics contribute a major portion (~ 60%) of the total garbage that finds its pathway to the ocean every year.