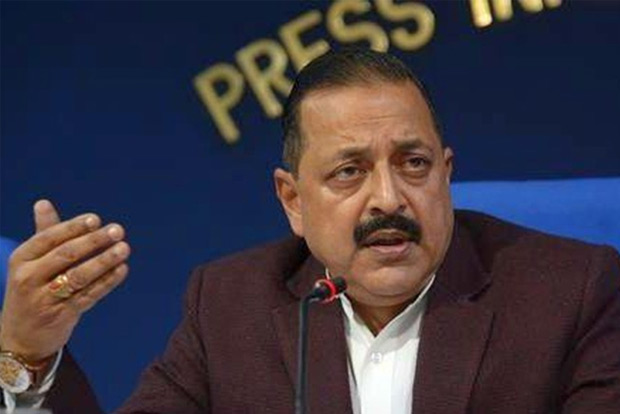 Union Minister Dr.Jitendra Singh says, India’s Nuclear Programme is for improving quality of life and not for causing harm to human life

Dr Jitendra Singh said that India has covered a long journey since the inception of the Atomic Energy programme by Dr Homi Bhabha based on the peaceful use of nuclear energy. He said that time has come to renew the noble pledge of Dr Bhabha as “Sankalp se Siddhi”.

Dr Jitendra Singh was chairing the meeting of the reconstituted Joint Hindi Salahkar Samiti of Department of Atomic Energy and Department Space at Vigyan Bhawan in New Delhi.

Dr Jitendra Singh said that applications of nuclear energy and radiation have played a significant role in the field of electricity production, agriculture, medicine, health, food preservation, improved seeds varieties, water purification technologies, urban waste management technologies, industrial application of radioisotopes and radiation technologies particularly in petroleum industry. He, however, lamented that most of the societal applications of nuclear energy are not much known to the people.

Dr Jitendra Singh called upon the members of Committee and Department of Rajbhasha to take steps to popularise the achievements of Space and Nuclear Technology among the common through proper translation in Hindi and Vernacular languages through professional translators. He also laid stress on proper translation of Science textbooks and literature in Hindi and regional languages.

Dr Jitendra Singh said, under Prime Minister Narendra Modi, the Department of Rajbhasha which is a part of Home Ministry headed by Amit Shah, is working a sea change is being witnessed that most of the official works in Central Ministries and Departments are being done in Hindi.The Minister underlined that that Prime Minister Narendra Modi always pitched for using vernacular languages in promoting science communication in a “big way” to develop “love of science” in the youth and underlined that language should not be a barrier but a facilitator.

Dr Jitendra Singh said that Space Technology is being applied in diverse fields and sectors to bring “ease of living” for common man. ISRO scientists briefed the committee meeting about the widespread application of Space Technology in fields like Agriculture, Soils, Water Resources, Land Use/Land Cover, Rural Development, Earth and Climate Studies, Geosciences, Urban & Infrastructure, Disaster Management Support, Forestry and Ecology and Using Geospatial Technology as a tool for enabling Decision Support Systems. The Minister said that in the recent past Drone Technology is being used to bring a new revolution in the field of agriculture.

Dr Jitendra Singh was informed by members of the Advisory Committee that some of the MBBS syllabus will be taught in Hindi at Gandhi Medical College Bhopal from May this year and efforts are on to translate the entire curricula through medical and scientific professional experts.