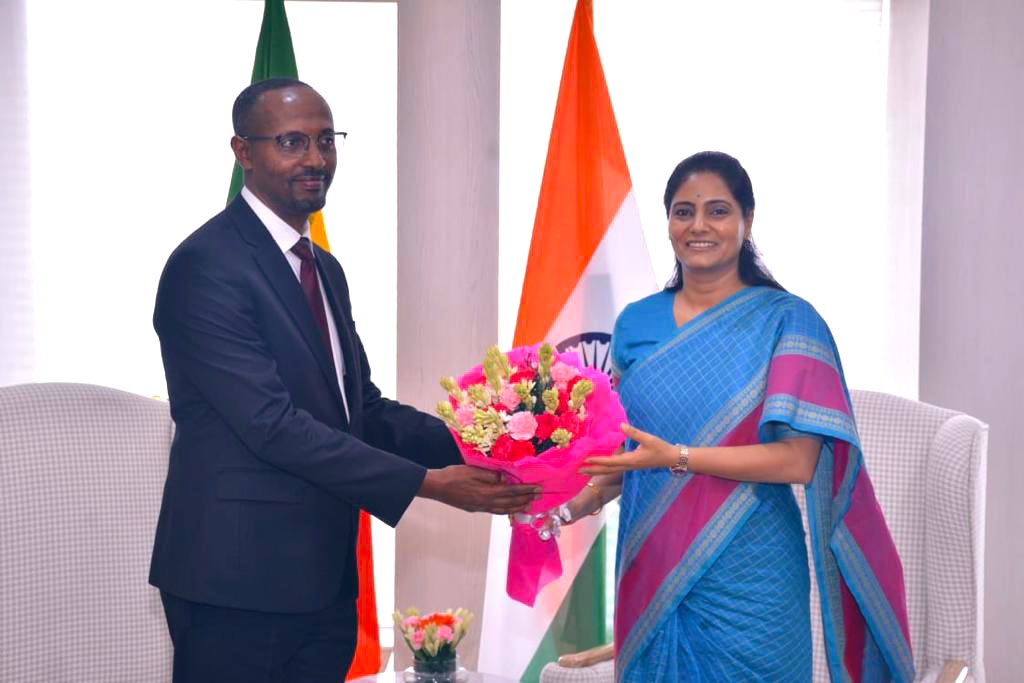 Both leaders reviewed the India-Ethiopia bilateral relations. Highlighting the traditionally close relationship, which now covers all areas of mutual and contemporary relevance, both Ministers agreed that there is considerable potential for enhancing the economic and commercial partnership between the two countries. Both sides acknowledged the need for diversification of the trade basket for increasing the bilateral trade between the two countries.  Minister Alebel informed about the Ethiopian government’s efforts to attract more FDI. He also appreciated the Indian investments in Ethiopia with 650 Indian companies providing employment to over 75,000 persons. MoS, while briefing about the strength of the Indian generic Pharmaceuticals industry, suggested facilitating the setting up of manufacturing facilities in Ethiopia by the Indian pharma companies.

MoS reiterated India’s commitment to a development partnership with Ethiopia. Both the leaders stressed the importance of capacity building and facilitating B2B interactions to further strengthen the trade and economic linkages between the two countries.