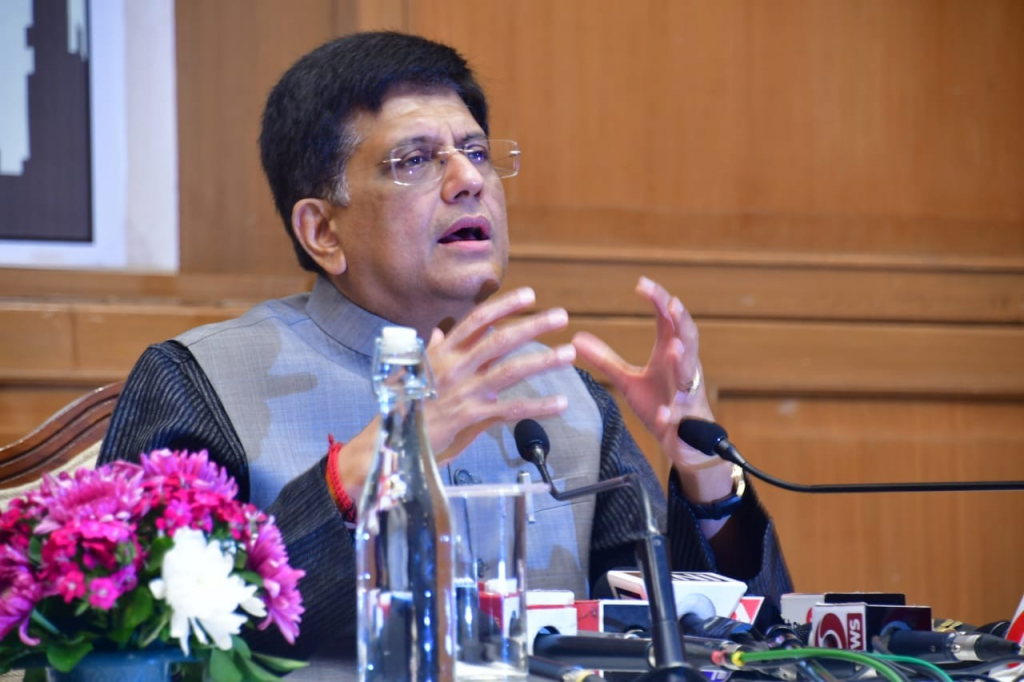 Piyush Goyal interacts with Non-official Directors (NoDs) of CPSE under his Ministries; says NoDs are an important link between the government and the people

Speaking during the interaction, Shri Piyush Goyal said that NoDs expertise and experience will help the government in ensuring welfare of the citizens of India. He said that NoDs have assumed critical importance given increased sectoral complexities. The minister added that NoDs are expected to bring alternate perspective, provide impartial view of shortcomings & suggest measures for improvement.

Shri Goyal said that the NoDs also serve as a role model for employees & also safeguard interest of all stakeholders. However, he highlighted that any mis-governance should be taken to management with utmost urgency and also, he asked to them to avoid influencing CPSE decisions while not getting involved in specific cases. He said that the wealth of experience and wealth of knowledge of NoDs stays true to the vision of Prime Minister, Shri Narendra Modi who believes that they are an important link between the government and the people.

Secretaries of Department of Commerce, Department of Food & Public Distribution and Ministry of Textiles also addressed the NoDs’ meet. In his address, Shri B. V. R. Subrahmanyam, Secretary Department of Commerce said that NoDs should keep themselves well informed about the Company and the environment in which it operates. Shri Sudhanshu Pandey, Secretary Department of Food and Public Distribution (DFPD) gave an overview of the department. He said that the department runs one of the world’s biggest food distribution programme through NFSA and PMGKAY. Shri UP Singh, Secretary Textiles also gave an overview of the Ministry of Textiles. He reiterated that India is a top producer of Cotton and Jute.