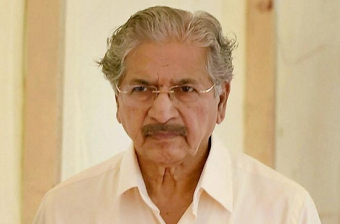 Unlocking of economic activities to be done in phased manner: Subhash Desai

MUMBAI, 14 June : Mr Subhash Desai, Minister for Industries, Govt of Maharashtra today said that while the monsoon forecast for the state is favourable, and the gains from the agricultural sector will trickle into the economy to help it revive, the state government is leaving no stone unturned in preparing for any subsequent waves of the pandemic that may follow.

Addressing the virtual interaction on Impact of COVID-19 on Maharashtra’s Economy, organized by FICCI, Mr Desai said that experts have shown signs of caution and we (the government and industry) need to be cautious so that no subsequent wave creates an adverse effect on our efforts. “The state government has planned the unlock in a phase-wise system. We urge everyone to cooperate and adapt to the situation to preserve lives as well as livelihood,” he said.

The state government’s latest guidelines on a phased wise unlocking and imposition of restrictions are based on weekly monitoring of positivity rate and oxygen-beds occupancy, Mr Desai informed. “These are the two factors that are being considered for unlocking various sectors and districts. We continue to amend the guidelines based on these parameters,” he said.

Further, elaborating on the state’s oxygen independence policy, the Minister said that the state was the first to introduce such a policy. The Maharashtra Industrial Development Corporation (MIDC), under this policy, is ready to allot instant land for oxygen plants to be set up. Incentives to the tune of 150 per cent are being offered, which has drawn a good response from the industry. “Around 800 metric tonnes of oxygen production is assured in the next few months. Our undisputed industrial and investment position in the country is shining once again and our vision of becoming a USD 1 trillion economy by 2025 will hopefully be realised soon,” he added.

The Minister said that industry being the second largest sector in the state contributes 32 per cent to the state’s GDP. “We see the importance and the role of the industry and services sector in the state economy and therefore, the government, from the beginning of implementing restriction and announcing the lock down, has tried to ensure that the economic wheels keep moving,” he further added.

Mr Desai further thanked the industry members for coming forward and extending full cooperation to the health services. Maharashtra was fortunate to maintain the balance between demand and supply of oxygen during the peak of the second wave, he said.

Mr Ashish Kumar Singh, ACS-CMO, Transport & Ports, Govt of Maharashtra said that as it is difficult to predict how the third wave of the pandemic will look like, the state is trying to unlock in a calibrated way. “Low GDP directly effects government revenues. Incomes have seriously shrunk, as has the economy, and there is not much of a silver lining looking forward unless we build resilience to major and minor shocks,” he added.

Further, Mr Singh said that there are eight critical components that the state govt is currently working on– managing the healthcare system better by involving more private sector in the lower end of the medical segment; transforming agriculture to make it more digitalised and linked to the world market; focus on enhanced investment in infrastructure; focus on Industry 4.0 – the digital way of looking at things; focus on SMEs; re-skilling the workforce; building supply chain and logistics strength; and unlocking our partnership with the private sector to deliver both social and economic value. He also emphasized on incentivising export-oriented units to kickstart consumption.

Ms Sulajja Firodia Motwani, Chair, FICCI Maharashtra said that Maharashtra was worst hit state during the pandemic. “The state has done an exemplary job in ramping up its medical infrastructure and its phased model of opening the economy has also been appreciated. We are very optimistic that livelihoods can go back to normal, and we can work together in building the momentum in driving the economy,” she said. A collaborative approach is needed for businesses to revive and thrive, she added.

Mr Anant Singhania, Co-chair, FICCI Maharashtra State Council and CEO, JK Enterprises said that as the number of infections decline, we urge the govt to consider saving livelihood in form of financial stimulus for industrial and SME revival. “We are confident that today’s discussions will pave the way for more reforms in the state and help it move towards the goal of achieving a $1 trillion economy by 2025. FICCI will be happy to facilitate further interaction of the industry with the state government officials for addressing issues that the industry may face,” he said.