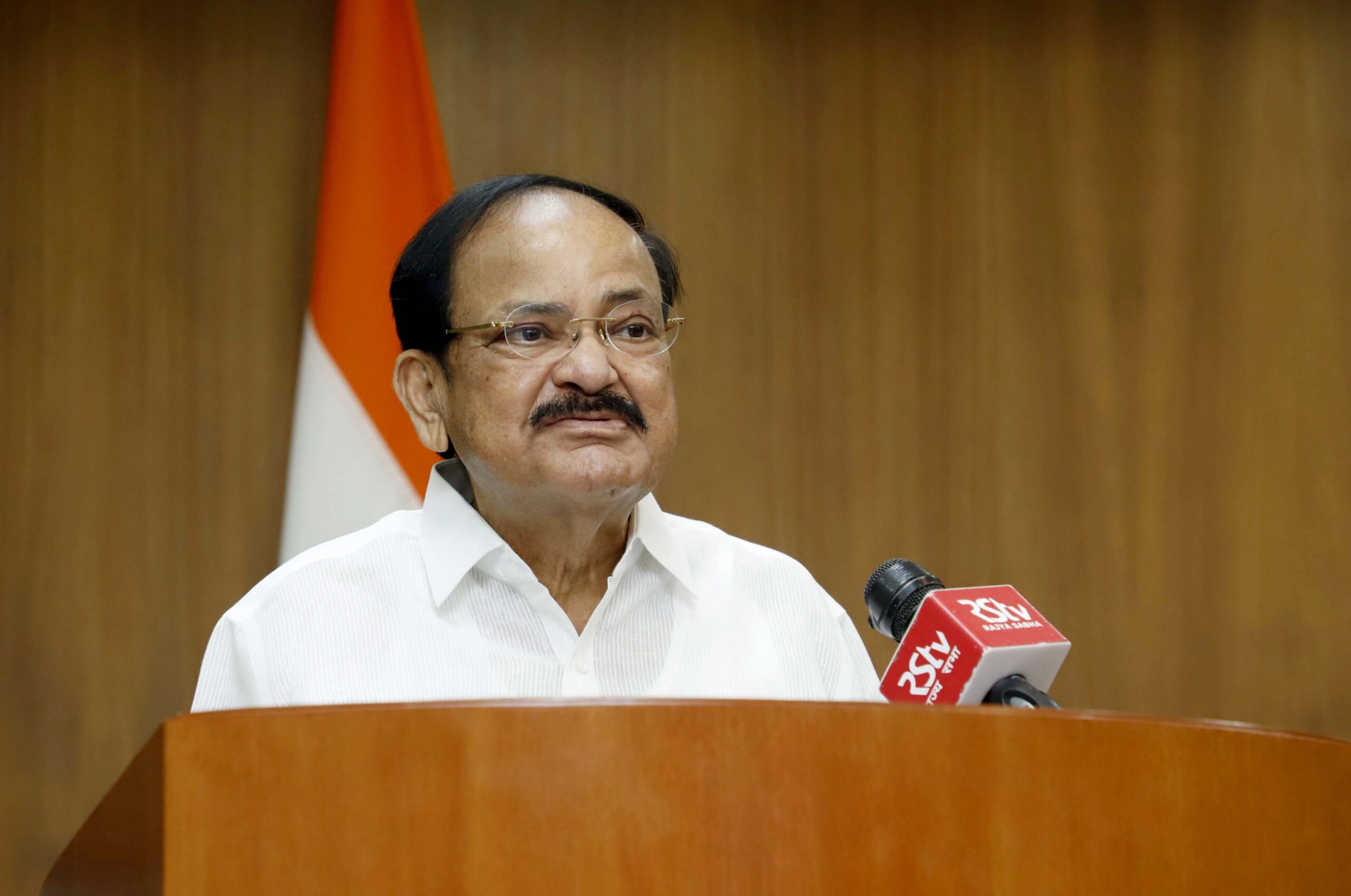 New Delhi: Inaugurating National Stakeholders Conference on Localization of Sustainable Development Goals organized by the Ministry of Panchayati Raj, Vice President of India urged the Union Government and various States to facilitate the devolution of the 3 Fs i.e. Funds, Functions and Functionaries to Panchayati Raj Institutions for efficient and effective functioning of local self-governments for the holistic development in rural areas and to achieve Sustainable Development Goals (SDGs). The Rural Local Bodies have to be revitalized and rejuvenated by strengthening and empowering them, the Vice President added.

The Ministry of Panchayati Raj is organizing the Iconic Week from 11th April to 17th April, 2022 to commemorate Azadi Ka Amrit Mahotsav (AKAM) as a Jan-Utsav in the spirit of Jan-Bhagidari. The theme of Iconic Week is “Panchayaton ke Navnirman ka Sankalpotsav”.

Vice President said empowering of villages is the crux of development. He quoted Mahatma Gandhi saying that Gandhiji had said the Ram Rajya is incomplete without Gram Rajya. “To achieve that villages should be empowered and the local elected bodies must be strengthened”, the Vice President said.

The Vice President said that given that nearly 70% of India is rural India (68.84% as per the 2011 census), attainment of Sustainable Development Goals at the national level will require actions at the grassroots level i.e. at the Panchayat level.

Observing that the biggest goal is to make the country poverty-free, the Vice President said the other equally important missions include providing education to all boys and girls, ensuring delivery of critical services like safe drinking water and creating adequate employment opportunities.

Calling for people’s participation in implementation of all the schemes and programmes at the grassroots level, the Vice President stressed the need for concerted efforts from all stakeholders to ensure comprehensive and all-round development of the Panchayats and achieve various targets in local context. The Vice President expressed happiness that women constitute 46 percent of the 31.65 lakh elected representatives of the rural local bodies in the country, adding that empowering women is empowering the society.

The Vice President said that Panchayats have a pivotal role to play in integrated rural development by focusing on the 17 SDGs which are subsumed under nine themes to ensure poverty-free, clean, healthy, child-friendly, and socially secured well-governed villages.

Emphasizing the need for transparent, accountable and efficient governance at all levels, Shri Naidu commended the Ministry of Panchayati Raj for having introduced digital solutions like e-GramSwaraj for smart and good governance in Panchayati Raj Institutions. While noting that 2.38 lakh Gram Panchayats have adopted e-GramSwaraj, the Vice President of India called for bringing all Panchayats onto this platform to meet the digital mission of governance.

Observing that Panchayats have emerged as leaders, planners and policymakers at the grass-root level, the Vice President expressed confidence that the aggregation of their achievements will enable India to realize the national as well as global targets in the true spirit of the transition from ‘Local to Global’.

Addressing the National Stakeholders Conference on Localization of Sustainable Development Goals, Union Panchayati Raj Minister Shri Giriraj Singh said that country’s development is not possible without development of Panchayats. He emphasized that there should be master plan for all Panchayats and it should be prepared using latest technology. Speaking about importance of transparency and accountability in Panchayats, the Minister informed about e-GramSwaraj App developed for planning, budgeting and accounting of Panchayats. The Minister also requested all the stakeholders to join hands for achieving SDG goals and making Panchayats sustainable.

Speaking on Open defecation free India, Union Jal Shakti Minister Shri Gajendra Singh Shekhawat said that under the leadership of Prime Minister Shri Narendra Modi, India has achieved Open Defecation Free (ODF) status in 2019, 11 years ahead of its actual timeline in 2030. The Minister requested Panchayat representatives to achieve complete sanitation and adopt waste management practices. He said it will convert waste to wealth and provide new confidence in rural economy. The Minister also said that the Ministry is aiming to provide clean drinking water to each household in the country by 2024.

A large number of elected representatives and functionaries of Panchayati Raj Institutions attended the National Conference to mark the celebrations of Iconic Week under Azadi Ka Amrit Mahotsav. Elected representatives of three-tier Panchayats from different parts of the country expressed their views and shared their experience of ensuring all round development in their respective Panchayats. Shri Sunil Kumar, Secretary, Ministry of Panchayati Raj summed up the entire day’s proceedings and informed the gathering of Panchayat representatives that all the documents such as compendium of Joint Advisories from Union Secretaries to States on operationalisation of Localisation of SDGs and thematic presentations will be made available to Panchayats in the regional / vernacular languages. He called upon all Panchayats to work in a committed and concerted manner to achieve the SDGs.