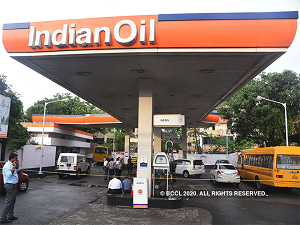 New Delhi, . Reiterating its focus on ‘Atmanirbhar Bharat’, Indian Oil Corporation Ltd. (IndianOil) has ramped up activities across all its project sites while strictly following the COVID-19 health advisories. These megaprojects will ensure the nation’s energy security as the Indian economy prepares to bounce back.

IndianOil is currently executing 2814 projects spread across the country with a cumulative cost of Rs.2,05,100 Crores. Out of these, the Refineries division of IndianOil has 622 ongoing new projects with a total outlay of Rs.1,18,141 crores. In the current financial year, already over Rs.818.35 crores have been disbursed to the workers engaged in these ongoing projects.

To meet the future energy demands needed to boost the Indian economy, IndianOil is augmenting the capacity of its Barauni Refinery from 6.0 to 9.0 MMTPA at an estimated cost of Rs.14,810 crores. This capacity augmentation project alone would generate over 9 lakh man-days of work during the current FY.

Minister of Petroleum and Natural Gas & Steel Mr. Dharmendra Pradhan, while reviewing the on-going projects of IndianOil, appreciated how Petroleum Industry has turned ‘crisis into opportunity’. He also advised the Oil & Gas majors to work on mission mode to generate employment and revive growth.

Reiterating IndianOil’s commitment to the energy security of India, Mr.Shirkant Madhav Vaidya, Chairman, IndianOil said that IndianOil’s projects will contribute significantly to employment generation while kickstarting the economy with a focus on ‘Aatmanirbhar Bharat’.

The work is also on at full throttle for the 30” Crude Oil Pipeline in H-B section of PHBPL (Paradip-Haldia- Barauni Pipeline and conversion of the existing 18″ twin pipelines in Haldia-Barauni section from Crude to Product and Gas service. The estimated cost of this project is around Rs 3696 crores.