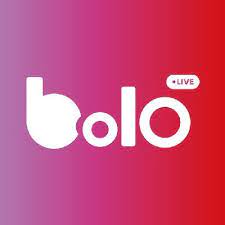 New Delhi: Bolo Live, India’s fastest-growing, creator economy-driven video live-streaming platform witnessed a meteoric rise since the beginning of 2022. Over 150,000 streamers joined the platform and started their journey of converting social capital into financial gratification. Live Streaming is the real creator economy, with fans opening up with whole hearts, trust, and confidence for their favorite live streamers. The platform observed top streamers earning close to INR 2 lakh per month on the platform; and average monthly earning of active creators close to INR 28,000.

With the mission of providing its users a one-stop destination for entertainment, Bolo Live had recently launched a new content IP – ‘Bollywood Lives‘, with some of the top celebrities in the world of OTT, Television, and Bollywood including Rhea Chakraborty, Karishma Tanna, Nikki Tamboli and Sukriti Kakar. The first episode of ‘Bollywood Lives‘ with Rhea Chakraborty received a whopping response from the users with 100K+ total viewership and 35K+ peak concurrency. Interestingly, the celebrities got 7X more engagement on Bolo Live than on Instagram live.

As Bolo Live continues to build a large creator economy platform from India driven by Live video streaming content, social gaming, and creator monetization, the company saw 10X growth in its unique paying users. The total unique paying users on the platform is 3,75,000 with a minimum of INR 60 and a maximum of INR 4.2 lakh per user spending on the platform in the month of May.

Commenting on the development, Varun Saxena, Founder and CEO Bolo Live said, “Since we pivoted to live streaming in October 2020, user love has been heartening. By looking at our recent growth numbers, it will be fair to say that Indians are acknowledging the potential of live streaming as a key enabler of the creator economy. We are both humbled and excited to pave the way for our next growth by building at the unique intersection of Interactive Entertainment content, Consumer Transactions and Gamification. We look forward to creating more value for both content creators and consumers as we enter our next phase of growth.“

Bolo Live is India’s first and fastest-growing social live streaming platform, with total funding of USD 3.5 million. In its last round, Bolo Live had raised USD 2.4 million as a precursor to Series A, led by Orios Venture Partners. SOSV, Tremis Capital, LPA Ventures, and other HNIs also participated in its first VC round including existing investors Eagle 10 Ventures.

The app is focused to build a microtransactions-driven creator economy platform in India and has witnessed high stickiness, driven by gamification and communities. In order to create more value for all the creators as well as users, Bolo Live will continue to innovate social gaming and will introduce new ways for content creators to monetize through consumer spends as well as to open up the platform for brands to leverage the live streaming engagement. Bolo Live app has close to 8 million installs across android and iOS.